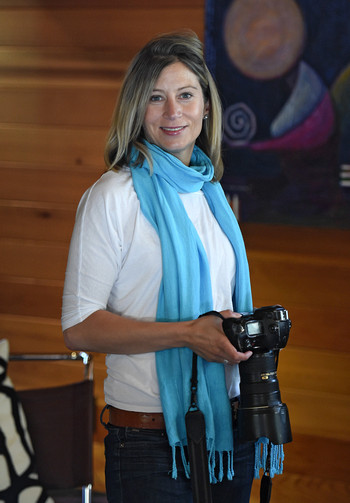 Nicole Dreon is a photojournalist based in Truckee, Calif. She’s photographed stories all over the world, including an all-women's rally car race across the Sahara, a group of women boxers fighting their way out of poverty in Uganda and local fishermen leaving their mark on the surf scene in Dakar, Senegal.

Along the way, she’s discovered how to create meaningful connections with strangers cross the planet. Her position as a solo woman traveler and her authentic sensibility build a trust with the people she meets. In her photos, subjects reveal their vulnerability.

Realizing a need for other women who want to travel solo to adventurous places, Dreon founded She Guides, a platform that connects local women guides and hosts, and she shares their stories on her blog, She Guides.

Her stories and photos have appeared in publications such as ESPN.com, ESPNW, Skiing, Powder, Maxim, Marie Claire, Yahoo, CNET, Autoweek, etc. She also works in TV production for ESPN’s X Games and at the recent Olympics in Tokyo and Beijing.

When she’s not on the road, she parlays her editorial perspective into her work as both a family and wedding photographer. Her images are narrative driven with a focus on organic, emotional and adventurous moments.

She loves the French idea of "jolie-laide" and Japan's "wabi-sabi" which is the art of finding beauty in that which is imperfect.